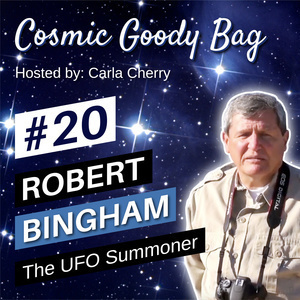 Robert Bingham is known as the infamous UFO summoner. He has summoned UFOs for thousands at events around the world. He did just that this past summer at Disclosure Fest.

Bingham is also a Philosopher, contactee consultant, photographer and the host of Strictly Out of the Box podcast. You can see many of his videos - captured by himself on-line.